The impact of pests on human history 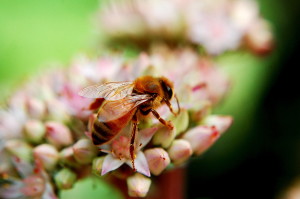 Whether you’re afraid of them or fascinated by them, it’s safe to say that bugs have had a big impact on the world around you. In fact, they’ve been responsible for everything from widespread deadly diseases to providing sustenance for soldiers. Learning the history of some of these pests can help showcase one of the many factors that have helped shape our culture, and it can also point out the importance of calling a professional pest control company when certain insects decide to become unwanted tenants in your home.

Many people erroneously believe that rats were solely responsible for the Black Death bubonic plague that killed approximately 75 million people during the 14th century. However, scientists have discovered that the oriental rat fruit flea is actually the prime culprit for this massive loss of life. The fleas were infected with the plague and passed it on to rats. Because of this, people who were bitten by infected fleas and rats caught the deadly illness.

Recently recovered DNA evidence indicates that Napoleon’s army failed in its attempt to conquer Moscow because many of the troops were severely weakened by typhus. This disease was spread throughout Napoleon’s armed forces by a persistent infestation of body lice.

Napoleon was thwarted by bugs more than once. The military leader and several other explorers were disturbed by the swampy conditions of the area that would eventually become Louisiana, and this led to Napoleon making the Louisiana Purchase deal with Thomas Jefferson. Many people who visited this land before the historic deal was finalized ended up catching malaria from infected mosquitoes.

Honeybees have had a huge impact on the world throughout history, and they’re a critical portion of our eco-system. After all, these pollinators are responsible for helping approximately 33% of our food sources continue to thrive, and this is the reason that people are concerned about them dying out. In fact, without honeybees, many fruits and vegetables would cease to be available for consumption.

Soldiers fighting in the Civil War often found their food contaminated by weevils. Instead of dumping these rations, most soldiers decided to eat the food and bugs at the same time. Although this might be disturbing to think about, it actually provided the troops with an additional source of protein that helped them maintain their strength throughout the four-year war.

As you can see, bugs and insects have definitely left an indelible mark on human history. Some of them killed huge groups of people, but others have been helping us eat a healthy diet for centuries. If you have an infestation of bugs in your Austin area home or business, call ABC Home & Commercial Services at (512) 837-9500 for assistance.