So much of what our rodent specialists and pest entomologists know today has its origins in research done by Texas A&M. We’re so proud to learn from and work alongside researchers at the University.

Rodents Have A Complicated Past

Recently, one professor of biology and researcher at Texas A&M, Rodney Honeycutt, decided to look into the evolutionary history of rodents. Specifically, he wants to understand how a certain species of larger African rodents ended up with distantly related cousins on the other side of the Atlantic Ocean some 40 million years ago.

This story by ABC about Honeycutt’s rodent project perfectly describes what most of us are all wondering.

“They could have done it only one of two ways, as far as anybody knows. Either they swam across, which seems preposterous. Or they climbed aboard a raft and followed the currents across the Atlantic to the new world.” – Lee Dye

We know rodents are good swimmers, but there’s no way they can swim across an ocean. Did they hitchhike on some type of raft? No one can know for sure. What we do know is that they originated elsewhere and somehow made it to South America. 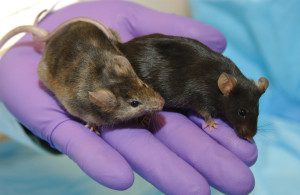 According to the experts, the rodents we Texans have to worry about probably first appeared in what we now refer to as Asia before migrating to Europe. The survival of these mammals is tied to their reliance on humans as a source of shelter and food. In the early days of human civilization, our ancestors did a lot of traveling and our homes were mobile structures that could be moved too. That means that rats and mice could easily hide and tag along for the ride. And they still do that today.

That’s right. Even ancient families had problems dealing with rats. And the way that rats use human structures to migrate hasn’t changed that much. Now, they hop onto ships or into trucks and make their way to new places.

Question: Why Are There So Many Nuisance Rats In College Station Today?

Probably because of our proximity to Houston. The Port of Houston is one of the busiest, largest ports in the country, with intake of cargo from around the world. There is 200+ million tons of cargo brought to this port every year. That’s a lot of boats!

Humans are like travel agents for rodents. They go where we go, and they eat what we throw away. Since rats are so reliant on humans for travel, shelter, and food, it is no wonder that ports are ground zero for rodent infestations. Port cities are notorious for rat problems all over the world, and Houston and surrounding cities are not immune to this common issue.

Unfortunately, once they’ve made it to America, rats will reproduce quickly. They and their offspring will then hitchhike somewhere else.

What Can Aggies Do About Rats?

You might be surprised to realize that humans have transported rodents for so many thousands of years. If you’re asking why we haven’t figured out what to do about it, we’re right there with you. That’s why we love to support the experts at Texas A&M. Over time, we will figure out far more efficient ways to keep rats from hitching rides.

For now, rest assured that professional wildlife specialists and rat exterminators can keep the rats from entering your home. Our team has been protecting homes in Bryan and College Station from rodents for years.

Are you dealing with unwanted rats or mice?

Give us a call today. Or schedule an appointment online with ease.