Mosquito control must be a community effort. 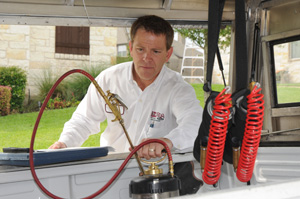 Summer is upon us and for many people, especially in the South, this not only means pools and relaxing days but something more: mosquito season. With the spread of the Zika virus, this mosquito season could be highly impactful in Florida where officials have reported the largest number of the Zika Virus cases (96), 6 of which were reported in the Orange County area, and where the Aedes aegypti mosquito (Zika carrier) is abundant.

The fact that Florida has the largest number of recorded cases of Zika in the U.S. means that the Aedes aegypti mosquitoes, which are prevalent here, are more likely to bite infected people and spread the virus to someone else.

How to tackle mosquito control at the local level.

Mosquito control is managed by local mosquito control districts. The areas that most need these districts are the ones that tend to lack funding for mosquito control, one of which is the Miami-Dade district. Miami-Dade has only 12 inspectors for the whole district. If this number seems small, take a look at the Orange County district which has a budget of 2.2 million (a 3% decrease from the 2014-2015 budget) compared to Miami-Dade’s 2.8 million. 12 inspectors seems significantly low, especially when we are talking about a county that was once named ‘Mosquito County.’

“We’ve been going door-to-door across the county and asking for permission to look for sources of standing water such as pool tarps, tires, buckets and sandbox toys … These particular mosquitoes only breed in artificial containers, which means that residents can help prevent the spread of this disease.”
– Kelly Deutsch, acting manager of the Orange County Mosquito Control Division.

In order to prevent a Zika outbreak, mosquito control must become a local effort with the goal of lessening the probability of a Zika outbreak in Florida. It is important for homeowners to empty out all sources of standing water around or near their home to help eliminate breeding grounds for mosquitos. Mosquito repellent use is also strongly advised when leaving home.

Most of the Mosquito Control Districts don’t test the mosquito population for Zika due to a lack of resources. This means that if the Aedes aegypti mosquitoes in Florida begin spreading Zika, we will likely only find out once people become infected.

Keep your home and loved ones safe from Zika.

If you want to make sure your home is safe from mosquitoes, contact ABC! Our technicians are experts who will apply the best treatments to your yard to make it safe and mosquito-free all spring and summer long. Get a free consultation today.