The word “termite” is not generally one that comes to mind when thinking about species that have a positive impact on our environment. Termites can become the bane of our existence – invading our homes and destroying our property. They can cause property value loss and force you to invest time and effort trying to rid our homes of their presence.

But have you ever stopped to think about the overall environmental impact of termites? Is there any way they could ever be a positive inspiration?

Researchers at various universities are starting to learn how termites and their respective digestive systems work, and how we might put that knowledge to use to create cleaner energy in the future.

Termite intestinal tracts contain many different enzymes that enable termites to break down wood, a very dense biomass, into food. Researchers from the US Department of Energy Joint Genome Institute, CalTech, and the biotechnology company Verenium Corp think that they may be able to replicate the intestinal enzymes of termites.

Replicating these enzymes and their ability to break down wood makes for a huge advance for fuel production because it could potentially replace the costly process of converting corn and other food sources to ethanol. Learning from the efficiency of termites could significantly reduce the cost and environmental impact of producing energy.

Scientists in Thailand have found a similar result with termites that consume cassava, a starchy root fiber. This suggests that the consumption of native wood and fiber products could mean a local application of this technology all over the world.

In addition to having powerful digestive tracts, what is produced in the termites’ digestive process turns out to also be a protective agent for the termites. Termite excrement (otherwise known as ‘frass’) is a common sight to pest control companies and homeowners who have had infestations. 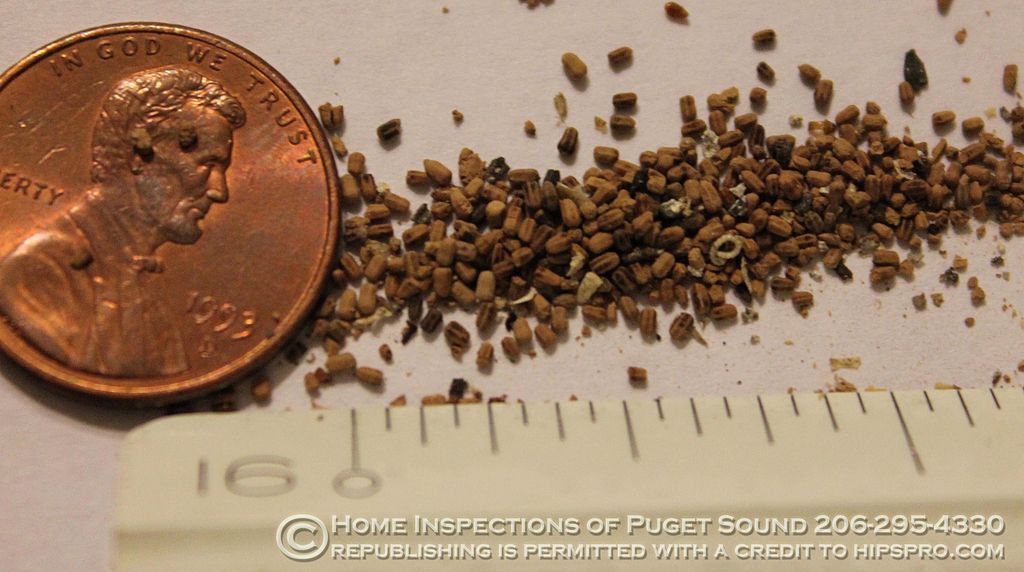 Frass can be many different colors, dependent on the color of wood the termites have consumed, but it is always a 6-sided pellet. It may resemble coffee grounds, and produces no odor. University of Florida researchers have been studying termite frass, and they’ve determined that the bacteria in termite frass can actually protect the termites from attacks by disease and outside bacteria.

In their attempts to learn why termites are so resistant to pest control, the researchers looked at around 500 different types of bacteria in termite colonies and isolated Streptomyces as the one bacteria present in all the various types of termite colonies they were studying.

When they expelled Streptomyces from the colonies and added a disease-causing agent, the termites died. They next put the Streptomyces bacteria back into each termite colony, and the termites survived. Their key finding: Streptomyces is in termite frass, so the termite droppings are actually protecting them from being eradicated.

Frass as fertilizer, or even medicine?

Termite frass also contributes to the environment by providing a rich fertilizer, and in even some societies, a traditional medicine.

Termite colonies in the dry savannahs of Saharan Africa and Northern Australia help make dry land more fertile for crops and increase yields. Their constant tunneling also contributes to the tilling of the soil and spreading of the frass across larger areas. And their frass even contributes to the growth of new generations, as termites feed their frass to larvae to establish the bacteria needed to process wood as adult termites.

Termites have also been used in traditional medicine to treat such common illnesses as flu, asthma, bronchitis, and whooping cough, and as a dietary supplement for those with protein deficiency.

So who knew! No one wants a termite infestation but just think of the potential of what we could learn from these ancient little bugs if we tried.

ABC Austin Has You Covered
ABC is here for any needs you might have whether you might need landscaping services, pool cleaning, pest control or more!
Schedule A Service