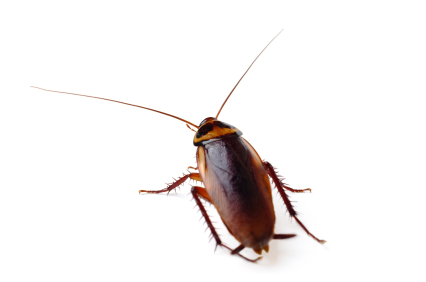 Bugs give humans the creeps for reasons we don’t fully comprehend. It makes sense that we wouldn’t care much for insects that are capable of spreading disease, inflicting painful stings or eating our homes from the ground up. However, there is something about a crunchy cockroach or a slimy worm that we just can’t stomach, and it doesn’t seem to be related to what they can do to us. We’re much bigger, and we can crush them with hardly any effort. Instead, we run and scream and invent new dance moves. The list below definitely justifies our heebie jeebies.

1. Ants and the Slave Trade

Slavery isn’t just a human atrocity. Amazon ants steal the larvae of other ants and make them slaves. They’re not doing it to demonstrate superiority; they actually depend on their slaves for survival because they are incapable of doing anything other than fighting.

The bulldog ant is the most dangerous ant on the planet. A native of Australia, it is responsible for killing several humans.

A cockroach can survive up to nine days without its head. The reason it can’t live even longer is because without its head, it can’t eat. If you happen to run into a headless cockroach, don’t tease it with a cookie. That’s just mean.

A housefly regurgitates its stomach contents, and then eats them again. Perhaps they taste better the second time.

5. Head-Banging Boosts Productivity in the Workplace

Research has demonstrated that termites eat their food twice as fast while heavy metal music is playing.

Beetles are the most common creatures on earth. One out of every four animals is a type of beetle. If you’re not a beetle, you’re totally off-trend.

7. Do I Call Pest Control, or an Exorcist?

8. So Much for Developing Good Parenting Skills

Aphids are born pregnant. When they’re ten days old, they give birth.

An average bed contains up to six million dust mites, but at least they don’t snore.

The phrase “an army of ants” is more fitting than you think. Ants are one of only three species on earth that fight battles in formations. The other two are crows and humans.

No matter how bizarre or gross your household bugs are, we can get them under control. ABC Home & Commercial Services helps area home and business owners manage creepy critters, and we understand and respect common insects’ amazing ability to cause nightmares and nausea as well as structural damage and contamination. To obtain a thorough inspection and a comprehensive treatment plan for your home, schedule service today.

ABC Bryan-College Station Has You Covered
ABC is here for any needs you or your house might have. Whether you need lawn services, plumbing services, pest control or more - ABC is here for you!
Schedule A Service