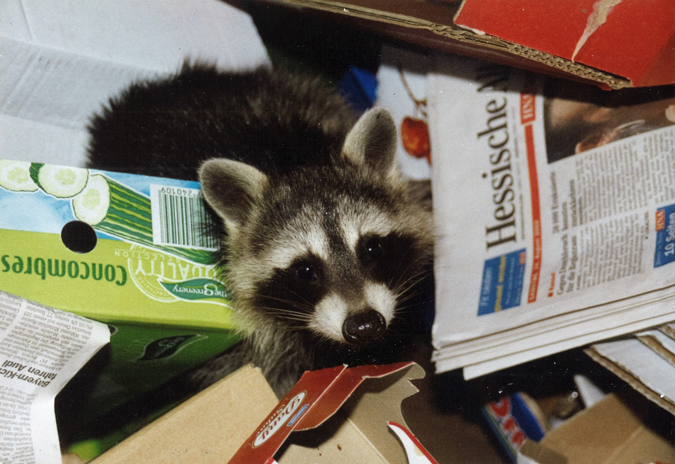 Though they are often admired for their ability to pilfer food from garbage cans in the dead of night, raccoons can in fact be quite dangerous. They are known to spread disease, injure family pets and inflict property damage that can be expensive to fix. With the following five tips, however, these ingenious critters can be kept far away from family residences.

Raccoons are widely known for their dexterity. Sliding aside a partially open garbage can lid, for example, is quite easily accomplished. For this reason, property owners will want to fully secure all trash receptacles. Kitchen garbage cans and other interior food sources should also be sealed. There are plenty of verified stories of raccoons entering homes through pet doors and gobbling up unsecured food waste.

Because raccoons do not build dens of their own, they are perpetually on the prowl for places where they can raise a family. Attics, basements, crawlspaces and any other nooks and crannies that can accommodate them will all be given a look. Homes that have begun to fall into disrepair should be patched up as soon as possible. When raccoons cannot find any kind of suitable shelter, they will most likely move on to greener pastures.

Raccoons are omnivores and are not averse to munching on tender young plants. Because vegetable gardens will be seen as smorgasbords ready for the taking, garden owners will need to build a sturdy mesh barrier around the perimeter. Mildly electric fences can be used in areas where the creatures are particularly prevalent.

Raccoons are nocturnal foragers and usually do most of their damage at night. Motion sensor lights, when installed in the right locations around the yard, can quickly scare the creatures away before they have a chance to get closer to the house. Because motion sensor lights are only triggered when movement is detected, they are only likely to be on for a few minutes each night.

Finally, property owners who are looking for a permanent but humane solution might want to commandeer some catch-and-release traps. After they’ve been captured, the animals can be released in an isolated wooded area several miles away. Though such traps are usually reliable, it’s best to seek professional expertise when it comes time to relocate raccoons. Concerned parties can consult and schedule a consultation with our Rodent removal management experts at ABC Orlando.

ABC Orlando Has You Covered
ABC is here for any needs you or your house might have. Whether you need pest control or commercial services - ABC is here for you!
Schedule A Service